The aim of the blog : search my home in Paris by Nathalie Molho, Paris real estate expert

Search my home in Paris blog wishes to help you in understanding the timeline of this special moment of buying an apartment in a foreign country and also the practices of professional people.As becoming a landlord in a foreign country represents a great challenge,I intend to help you in knowing or discovering the great principles of real estate regulations here in France ,and prices market depending on each quarter of paris, where as a french and  parisian native, I am living since always and doing my best to help you finding the apartment of your dream.


To find an apartment in the City of light demands time, energy and a good knowledge of different districts and sub-districts of Paris, but also patience and perseverance.

In order to introduce you "my" Paris, you may discover my best addresses, opening or exhibitions, through my address book and lifestyle column ! Enjoy ! 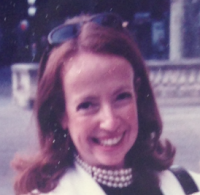 I started my career as Fashion designer, after academic studies, creating luxury ready-to-wear collections for women in Paris (where I was born) and where I developed my own label, before teaching fashion history and culture.

After a few years and through my personal experience of buying an apartment in Paris, I decided to become an independent realtor, which profession allowed me to go on in teaching. I created a fashion cursus after being invited for a lecture in Helsinki (Finland) I am still teaching for a Business School, which created a Master in Luxury, Fashion and Cosmetics

I created this Blog in order to help my readers to understand real estate market in Paris and to discover best addresses in some district, mainly for a start: in le Marais ( 3rd and 4th arrondissement )
As I have the opportunity to meet many foreigners in this area (where I work and live since 20 years) I think it’s more easy for you to read me in English.
I would be pleased to help you in any real estate projects ! Contact: +(33)6 60 69 77 67 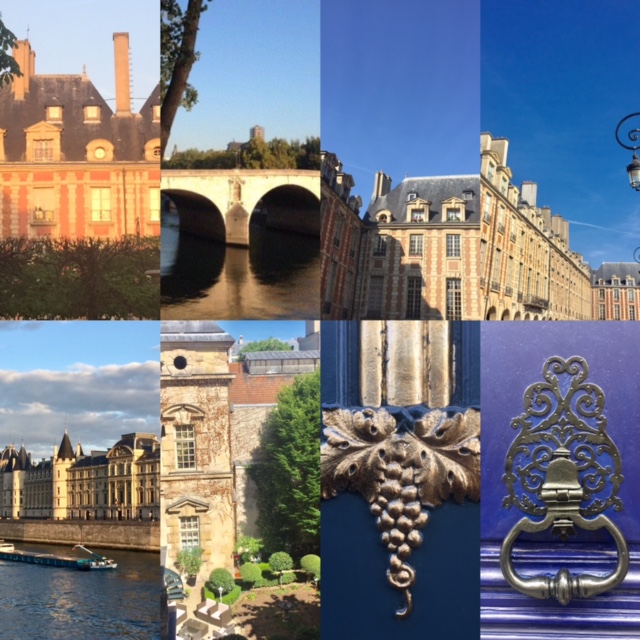 On the occasion of  PARIS and HAUSSMANN exhibition, organized by Carnavalet Museum the Pavilion of the Arsenal (75004) hosts this exhibition and offers several lecture and walking events (7 urban walks to discover the Haussmannian Paris)
Organized by geographical quarters, these walks (whose function was predominant in the model of the city according to the prefect HAUSSMANN 1809-1891) question us on the stakes of the contemporary city

The origin of the project  :
During his exile in England (1846-1848), Louis-Napoleon Bonaparte was greatly impressed by the western districts of London; the reconstruction of british capital necessary after the great fire of 1666 had made this city a reference for hygiene and modern urbanism. The Emperor wanted to make Paris, which in the middle of the 19th century looked like the Middle Ages period: the streets were still dark, narrow and unhealthy, a city as prestigious as London. This would be the starting point of the new Prefect's action.

A little history :
In 1804, Napoleon Bonaparte made himself emperor of France and set out on an ambitious project to make Paris the most beautiful city in the world. It was during Bonaparte’s reign that the Arc de Triumphe and many other monuments were built atop what had been, at the time, the outskirts of Paris. In 1851, Bonaparte’s nephew, Napoleon III, assumed the role as the country’s emperor and by 1852 he had hired Baron Haussmann to complete Bonaparte’s goal. Haussmann was commissioned to take the existing medieval city of Paris and modernize it for the rapidly changing contemporary world of technological advances.
The main idea of ​​these enormous urban works was to allow a better flow of men and goods for better economic efficiency and on the other hand of air and water, in accordance with the Hygienist theories inherited from the Age of Enlightenment   which were booming , notably in reaction to the cholera epidemic of 1832. This campaign was entitled "Paris embellished, Paris enlarged, Paris sanitized"
Large swaths of medieval Paris were demolished to make way for wide avenues, new buildings, and upgraded infrastructure. The city was also expanded, most noticeably to the west where new avenues were extended from the Arc de Triumph.

Baron, being trained as an engineer of sorts, approached the project from the perspective of improving the city, not only aesthetically, but structurally. He wanted to make the city run smoother and work better for modern times.
It is estimated that the work of Baron Haussmann modified Paris to 60%: 18 000 houses were demolished between 1852 and 1868 (including 4 349 before the extension of the Paris boundaries in 1860), while 30 770 houses were recorded in 1851 In the Paris before the annexation of the adjoining communes.
In order to improve hygiene by the quality of air, according to the recommendations of his predecessor, Prefect Rambuteau, he set up a number of parks and gardens: a square was created for each district of Paris, as well as the Parc Montsouris and the Parc des Buttes Chaumont.

The “Haussmann” adjective also refers to the method of urbanism by destroying old neighborhoods, and the construction of wide and straight arteries that constitutes the urbanism of Haussmann.
Outside France, several capitals: Vienna, Brussels, Rome, Barcelona, ​​Madrid and Stockholm are inspired by his ideas with the ambition of becoming a new Paris. He also traveled in Istanbul and Cairo.
At about the same time, NEW YORK was built on a Hippodamian plane (1811)
It was during the Commissioners' Plan of 1811 that New York City adopted the grid pattern of the streets of North Manhattan. The purpose of this governmental decision, which stipulates the division of the city into twelve avenues from north to south and one hundred fifty-five streets from east to west, is mainly economic, the aim being to control the anarchic growth of the city and in particular of its real estate sector.
Extrait de : http://nyc-inside.over-blog.com/article-11314267.html

Haussmann is working on a global renovation of Paris with wide breakout and new perspective where the buildings form islets (with inner courtyards which allow to hide the constitutive mess , inherited from medieval  constraints,  contrasting with  the aesthetic and regularity of the facades)
Let’s remember  that there was no water in the apartments at that time :  water was found at  fountains, in the courtyards

Building and facades
Avenue de l’OPERA : Unlike most Parisian avenues, there are no trees. This was the result of a compromise between Haussmann and Charles Garnier, the architect of the OPERA house, who desired the best view possible of the main facade of the Opera at the end of the avenue. He did not want the view to be obstructed by the leaves and branches.

The facade of the Haussmann building symbolizes a brand image In the 19th century stone building while in the 18th century plaster building
The  SEBASTOPOL  boulevard was inaugurated as a play with a curtain raiser and the inhabitants were able to discover the perspective of the facades of the BUILDINGS
Staging and communication already existed at the time!
These buildings already existed although different from the Historic Monuments (whose concept was created in 1810) revealing a Paris offering an harmonious unity, avenues and wide boulevards 33 meters  maximum, bringing a coherent overall vision even if behind these facades there is sometimes a certain disorder resulting from the vestiges of the Middle Ages

The concept of apartment building
Haussmann vision and concept for his new city brings out the new function of apartments building, which are rent by bourgeois and  middle-class persons, all living in apartment fitted out in the same way
In these properties coexist two different and separate worlds : the middle-class or bourgeois and the domestic which never happen to meet in the staircase : for a simple reason : they do not use the same !
The upper floors are intended for workers and maids, the noble floor remind the splendor of classic aesthetic and pompous decoration though marble fireplace, wooden parquet and molding, which tends to show an excess of representation, as aristocratic castles did in their times

This difference of class living in the same properties express a tangible change in French society : there are no more titles for nobility only deeds titles !

Eugene BELGRAND worked, under the leadership  of Haussmann  in harmony with hygiene theories to modernize the sewerage network, installing collectors under the newly drilled arteries, constraining building ( by the law of 1894 ) to discharge their storm water into the sewer system
From then no waste water should be discharged directly into the Seine, the sewers were pouring not anymore in Paris but down Clichy

The street lights allow Parisians to feel secure even at night as George Sand says
The numerous fountains, the kiosks, and the squares give to the City a special character almost romantic incensed in many novel, and later moovies