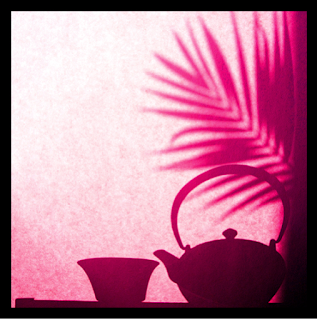 Tell us how DAMMANN FRÈRES was born

The history of DAMMANN stretches over three centuries: an exceptional and rare longevity that began in 1692 under the reign of King Louis XIV. It is from the beginning a history of trade. Louis XIV needed money to finance wars and to return money to the coffers of the State,so he granted to those who could pay, the right to trade.
Thus, Mr.Damame, of Dutch origin, traveled to Paris in order to  acquire by Royal order the right to import tea and other rare and exotic products, such as cocoa, spices and sorbets .
We have found the existence of the Royal Edict with the mention of  Sieur Damame in the french  National Archives.

Absolutely! Even if archives are not numerous, we know the company has remained active since its beginnings. We know with greater accuracy that at the beginning of the 19th Century, the company through its heirs, Pierre and Robert,  developed the international trade of tea, spices and a novelty,  vanilla from Madagascar.  In 1825, they founded the first trading counter in Java, followed by another one in Indochina. A century later, brothers Pierre & Robert Dammann brothers opened a vanilla trading office in Madagascar followed by a tea counter in New York.

Throughout these years, the core business of the company was to work directly with larger fine food and epicurean markets large grocery stores: B to B. In 1926, Dammann became the official supplier of the transatlantic lines, so on all the ships of the CGT (CompagnieGénéraleTransatlantique), DAMMANN FRÉRES tea was served, celebrating a certain “art”of living from the Belle Epoque to the Roaring Twenties. This enhanced the beautiful brand image for the house!


In 1954, in the absence of heir, it wasJean Jumeau-Lafond (father of the then current president), passionate about tea,who took the lead of  the company . His goal was to democratize this product still confined to consumption habits of  the elite and haute bourgeoise. It should not be forgotten that historically, coffee is more consumed in France than in the United Kingdom, where the colonial empire favored the habit of consuming tea.


As a true traveling ambassador for his product, he traveled through France to promote tea in the fine food emporiums of each provincial town, gradually propelling it from the restricted department of herbalism and pharmacies. He found success with these traders initiating the sale of tea in bulk alongside other fine products such as spirits, pates and other delicacies.

How did the idea of ​​unique universe DAMMANN BROTHERS emerge?

As a result of this commercial development, the idea was born that tea could attract the usual and loyal consumers, via the sale of different blend sold in bulk, and the first tea stores were created! But as with any success, a touch of innovation and a twist are needed to make the difference. Jean Jumeau-Lafond met his wife in Hamburg. She came from the Russian bourgeoisie and used Earl Grey tea but in order to soften the flavor , used a slice of orange in her cup!
In these times, oranges were still a rare commodity, not available in all seasons. He imagined mixing black tea with essential oils of bergamot and sweet orange. After a few tests, the result was perfect, and the first modern fragrant tea was born. As a tribute to his wife, he named his creation Russian Douchka.
Commercial success came very quickly, thanks to one of his friends, the manager of a department store, where this new fragrant tea was very quickly popular, and in constant demand by the public.
It remains since that time one of the best sellers of the house.

As often, success arrives thanks to one idea, but  one had to be visionary and have faith in innovation to develop this creation.

Soon after the creation of the first of the fragrant teas, more followed.
The use of perfumed tea with flowers is an ancestral tradition: jasmine, rose, and magnolia tea, but the mix of aroma involves more sophisticated research.
For example, the "Jardin Bleu" tea, a black tea that has been developed with aromas of rhubarb, strawberry and wild strawberry, to obtain a fruity, slightly acidic  flavor, was only created after extensive trial and error.

Scented tea will become a primordial know-how, the signature of the house. Under the leadership of an aromatician,  new mixes are developed each year. Very early, too, the house is interested in herbal teas and more generally all the plants to infuse. Today, they are products that have a keen interest among consumers, mixes multiply to satisfy the very contemporary trend of "I take care of myself", "I make myself happy".
In the 1970s Jacques and Didier Jumeau-Lafond are the tea suppliers of reference for high gastronomy. The great chefs such as Paul Bocuse or the Troisgros brothers, who develop delicatessen ranges destined for international markets, as well as major brands such as Fauchon, Hédiard in Paris, and Fortnum & Mason and Harrod's in London . Damman Frères has had the privilege of providing them and accompanying them in their development.


How was born the famous Crystal tea bag ?

It was during a trip to Japan, in 1980, that Didier Jumeau-Lafond discovered a new material: A nylon veil coming from new technologies, flexible and transparent developed first for coffee  for Japanese consumers. It was taken over by DAMMANN FRÈRES for the creation of a new type of tea bag. Its total neutrality in taste and transparency are the advantages that allow this new bag to show the quality of the leaves used and to restore to the infusion the authentic taste of conditioned teas.
This Cristal® tea bag which is also a registered trademark, is always made from the same material nowadays imported from JAPAN. This innovation which our competitors doubted, they adopted it very quickly !
Today 120 million bags are sold every year, but DAMMANN FRÉRES remains in the category of "big craftsmen" and not "industrial". We wish to preserve the excellence of our manufacturing processes, to control the whole chain and to maintain the quality grade that our customers come to seek from us.

How do customers discover the breadth of your product range?

We propose more than 350 teas and mixes to infuse, so it seemed important to put them in a playful way, to make our customers want to discover them. To offer them this unique olfactory experience, we have created in our store in the Place des Vosges, as in each of our shops, a piece of furniture specially designed to welcome different teas to discover and to smell. This is our "tea organ"! It allows places Vosges the discovery of 120 varieties of teas. The olfactory discovery is part of the buying experience, it is playful the customer is having fun.
We were also among the first to offer tea as a gift, with our boxes, a showcase that offers different fragrances, and which functions as a "teaser", customers often wish after this sampling to know more about Dammann Brothers, to discover more and to make it known in their turn, like true initiates!

Where do your teas come from?

We have three experts who are constantly traveling around the world to select and buy the best productions.
We import our teas from China, India, Africa, Sri Lanka. Indeed, China and India are the world's top two producers.
You should know that the tea comes from a single botanical plant, the Camellia sinensis.
It is its manufacture, the way in which the leaves are worked, that varies. As with the vine, the terroir, the altitude where it is grown are factors that contribute to mark some differences.
There is an infinite variety of teas: from green teas to black, white, green or dark teas ... The processing operations that the leaves must undergo differentiate them. The shaping of the leaves also varies according to the regions of production, they can be worked in needles, twists, beads ...

What is the trend concerning tea  consumption?

Tea is the most drunk beverage after water!

The consumption of tea has taken root even in places where it is not grown. It has become a universal drink, from the time of the caravans (in the East and Middle East) to our contemporary societies which appropriated it in new forms: flavored iced teas, for example, we have in our teams an aromatician!

In some countries where tea is culturally anchored in rites (China among others), some customers are looking for "grand cru" aspiring to premium qualities.
The global market demand is increasingly strong worldwide, which results in a slight increase in tariffs.

Why and how did you come to PLACE DES VOSGES?

Dammann Frères settled  Place des Vosges for about ten years, looking for a flagship shop, which could allow  to establish his image as a 100% French  tea maker,  (our factory is located in Dreux ) Combining a unique history of  three hundred years with a very high quality requirement!
This exceptional site of the Place des Vosges lined with private mansions dating from the seventeenth century, with majestic architecture and charming arcades was a dream place, chance has done the rest ....
The French ceilings: original painted beams, and the interior design of the shop generated a lot of meeting with the architects of the Bâtiments de France.This was the price to pay for settling serenely in this privileged setting of the Marais, André Malraux was careful to safeguard and protect in the 1960s, thanks to the precise establishment of a perimeter of which the Place des Vosges is of course part

Do you have other addresses in Paris ?

We intend to offer new tasting experiences in some of our boutiques..Innoovation means maintaining quality criteria, we have forged a privileged relationship with certain plantations with which we have been working for 35 years.
Innovation also involves the development of some new products that are constantly tested, such as the "Lemon Caviar Rose" or "Rooibos" perfumed tea: exclusively harvested in South Africa with a relatively new tea, also known as red tea, or The "Carcadet" prepared from the hibiscus flower imported from West Africa or from Egypt. It delivers a ruby ​​red infusion very acidulated, without theine which pleases many children.
Actually, thanks to our tea-blender, and our aromatician, we have two real authors of teas. He and she compose according to their know-how sometimes so-called classical mixes, such as breakfast teas, sometimes fragrant compositions blending harmoniously the natural notes of the teas used to those, fruity, flowery and gourmet and flavors chosen for a New perfume tea.
Among the latest creations  the Altitude Mix, the perfect classic to accompany the day, Macaron Cassis-violette and Soupir d'Orient blends with green tea, or Oolong Caramel with salted butter and poppy  deliciously gourmet compositions ... .


To discover without moderation!
www.dammann.fr